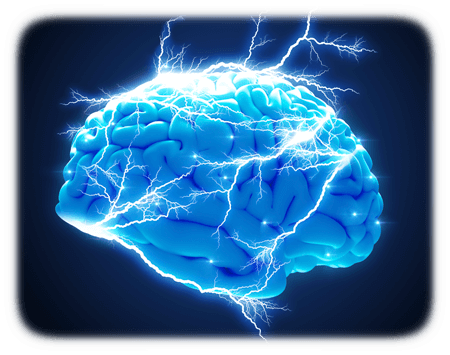 Why do I sometimes feel like I’m six years old again when I’m scared? Why am I still so distressed by something that happened years ago? These are questions I often get asked in my practice. Well, research has indicated that this is due to the way our brains function and how the memories from the past are stored. To help explain, I want to borrow the example that Francine Shapiro uses in her book: ‘Getting past your past’ (Shapiro, 2012).  So, think of the sentence: “Roses are Red”.  What is the next thing that pops into your head?  Was it: “violets are blue”? Now, my guess is that this is not something that you have heard since you were in primary school (unless you have children) am I right? Your mind responds automatically to this sentence, it’s hard wired to. This automatic response is something that we do in many different aspects of life, it can be highly useful for us. However, at times it can also be problematic, as I will show.

The automatic response doesn’t take into consideration context, facts, meaning etc. So, to continue with Shapiro’s example, the sentence roses are red doesn’t account for the fact that some roses are yellow, or pink but your mind just goes along with it. Now, are violets really blue? Some will say they are purple, but your brain will automatically bring this line to your attention whether you want it to or not, it doesn’t question its truth.  So, this example is harmless enough, but what if the sentence that comes up triggers something else for you, an image, a memory of something that happened that is distressing. Well, your brain does the same thing, it likes to take short cuts. If it has experienced something similar before, it will assume that this new experience will be just the same as the old one, and will give us all the same feelings and thoughts we had the first time round. Our brain is trying to help us out by saying: ‘I’ve done this already, I know what to expect, I’ve got this’ and before we have had a chance to analyse the new situation for what it is, we are responding to it based on our past experiences.  As children we often don’t know what’s true or not, we believe the things we are told, for example if you were bullied; that we are not as good as others, that we are ugly, or that we are responsible for our parents’ divorce etc etc. These are misconceptions (no really, they are!), but their effects can pop up automatically throughout our lives, outside our conscious control and can be distressing as well as problematic.

Past traumas can impact on today!

All our experiences growing up, our thoughts, images, feelings and so on get stored in our brains. As these build up, it forms how we view the world, how we interpret and make sense of things. Many of these things will be outside our awareness, but they are stored nonetheless and can pop up when triggered like we saw with ‘Roses are Red’.  These memories can therefore leave us feeling unworthy when we’re not, scared when someone leaves us even if we consciously know we will be OK- we are not responding to what is happening right now in this moment, but instead to the memory of that distressing event we witnessed 20 years before. So, this memory system can be activated anytime, which can range from mild reactions to quite strong ones, times we might feel that we have overreacted to a situation and have no idea why.

Take Sally, an intelligent woman who comes to see me because she has difficulties in her romantic relationships. She doesn’t feel safe or secure in relationships and so “clams up” and won’t let her partner support her. In therapy, we discussed where this might have stemmed from and she believed it was from her first relationship when she was a teenager and her boyfriend cheated on her (which would make sense). However, she described that at times, she felt really scared, vulnerable, almost childlike and didn’t know why, she would snap at her partner when he asked if she was OK and again didn’t know why as she recognised that he was trying to help.  She knew logically that her response wasn’t helpful or fitting for the situation, but couldn’t stop it, it “just happened”. So, we traced it back further, when had she felt that way before? Sally was then able to link it to a memory from her parents’ splitting up and an image of her father leaving. Connecting to others and being vulnerable in a relationship for her meant: “danger, this person might leave so you can’t rely on him”, triggered unconsciously by the memory from when she was 9 years old. At these times, she stopped being an intelligent adult, she became a scared, 9 year old girl whose father left.

So why….? What’s going on? How are these different to everyday memories? Apologies now, I’m not a brain expert, so I’ll do my best!

Trauma memories are different to everyday memories. They pop up in examples like above, but also in more extreme forms like you might have read about in people with Post Traumatic Stress Disorder (PTSD) where a veteran drops to the floor when a car backfires because they believe they are in a war zone.  In everyday memories, we are aware that they occurred in the past that it’s not happening now. In the case of trauma memories, it can feel as though it is happening now, there is no sense of time.

I’m sure all of you are aware of the fight flight response? This comes from cave man days where we needed to survive. This part of our brain is part of the threat protection system, often referred to as the fight-flight system, responsible for the primitive things that we need in order to survive such as warmth, food, avoiding threats and mating.  So, when we identify a threat (e.g a trauma) our threat system gets activated and makes us feel anxious, we get “threat-focused” to protect ourselves (because in cave man days we had to escape sabre tooth tigers etc).  This system is responsible for us fighting (getting angry or frustrated), running away from (feeling scared or powerless), freezing (because of the overwhelming nature of the threat) or dissociating (wanting to turn away from/forget the trauma), or all of these things!

So, when there is a potential threat, the amygdala acts as the brains alarm, it alerts us to the fact that there is a potential threat. It triggers bursts of anxiety to make us take action. It’s very quick to respond (because we’re trying to survive sabre tooth tigers) but not particularly clever, in other words it’s a bit stupid; it doesn’t take the time to consider whether something really is a threat, it just responds, like a “better to be safe than sorry” (Lee, 2012, p.33) attitude.  It then activates the parts of the body (the sympathetic nervous system) to act by releasing chemicals, which trigger the fight flight response.  The amygdala is also where we store emotional and body memories such as our trauma memories. For example, say you are allergic to peanuts. You eat one and are immediately sick. What will happen the next time you even smell a peanut? That’s right, you feel sick, the body has remembered this threat and the smell triggers the alarm system (the amygdala). The downside is, the amygdala hasn’t stopped to realise that its just a smell, that there is no threat at the moment, it will just respond.

So, as I said earlier, trauma memories are different to every day memories. They are also stored in different parts of the brain. Trauma memories are stored in the primitive part of the brain, the amygdala. When something traumatic happens (eg the divorce in the example above), the brain can become overwhelmed, we are not relaxed enough to process the information. The amygdala blocks the hippocampus and therefore the meaning of the event is not processed, it does not get tagged with a time or place, its not ‘filed’ correctly. As such, the memory gets stored in the amygdala, with no sense of time or place, it is fragmented, not coherent. This is why we can sometimes only recall bits of an event or not recall it sequentially. Additionally, the traumatic memories can then be triggered by events that remind you of the trauma (even if this is not conscious) and are involuntary, they just pop up as in the example above with the divorce. Because there is no sense of time, we can feels as though the event is happening now and respond as we were when the event happened, eg the 9 year old, because its frozen in time. So, you might know logically that your parents divorced when you were 9, but it feels like is happening now. The brain will now treat the memory as a threat even though its not. Remember the amygdala is quick but not clever!

This is what happens in the case of flashbacks, or intrusive images. When something occurs that resembles the traumatic event, the amygdala is fired and responds as though there is a threat, which causes us to have the emotional response that we did at the time of the trauma; the fight-flight-freeze response. These might just be smells, aches and pains in the body, images, emotions or we may feel numb. This can be incredibly confusing when as an adult, you are experiencing fragmented trauma memories from years ago, that you might not be aware of, triggered by a harmless event in the present day.

Well that’s where trauma work comes in! The idea is to help the brain process the trauma memories, so that they can be stored in the hippocampus, which can then file the memories with time, place and order. Then, when something triggers the memory, the hippocampus can say to the amygdala, thanks for warning me, but I know what this is and there’s no threat, stand down. Following the example, then when Sally feels vulnerable, she will know why, where it comes from and know that there is no current threat in the relationship and therefore feels less anxious and overwhelmed.

There are two evidence based therapies that can help this process: Cognitive Behavioural Therapy (CBT) and Eye Movement Desensitisation and Reprocessing (EMDR). These are highly effective for both the hugely traumatic things such as war, natural disasters, rape and events that we might not register as ‘traumatic’ such as bullying, divorce, relationship break ups.

Shapiro, F. (2012). Getting Past your past. Take control of your life with self-help techniques from EMDR therapy. Rodale Inc