Return to Blog
Posted on October 10th, 2015 by Anna Redding

Mindfulness has recently exploded and is highly popular across the UK.  There are lunch hour sessions available, hundreds of workshops, retreats, it is even being taught in schools. Everyone is talking about it. In this three part series, I will try to explain what it is, the benefits of it, dispel the many common myths around it, provide some of the evidence base for it and describe how to do it using different techniques.

This is part 1 in a blog series about Mindfulness. Part 2 is here.

Part 1: So, what is this thing called Mindfulness?

Is it a skill? Is it a way of life? Is it relaxation? Will it make me happier? Can anyone do it? Do I need to practice it? Will it reduce distress? Is it effective? Is it religious? Are all common questions I get asked in relation to mindfulness and I will aim to answer them all over this series. 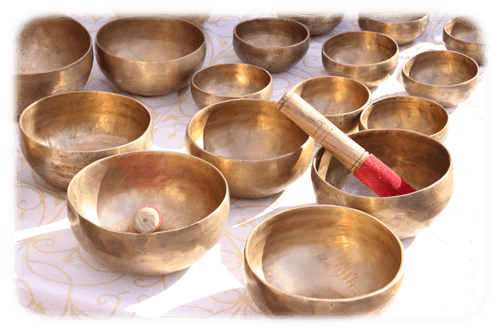 Where does it come from?

Mindfulness has actually been around for many years.  “Mindfulness,” is an English translation of the Pali word, “sati”, which means awareness, attention and remembering (Siegel, Germer, Olendzki, 2008). Mindfulness comes from Eastern traditions, particularly Buddhism, but it is not a religion or religious in nature (Williams & Penman, 2011) and so can be used by anyone, of any culture or belief system. It has more recently been adopted by Eastern traditions and expanded to include qualities such as acceptance, non-judgment and compassion (Siegal, et al., 2008).

“Yesterday is history, tomorrow is a mystery, today is a gift of God, which is why we call it the present.”
Bill Keane (it’s also in Kung Fu Panda!).

The previous blogs talk about noticing small moments, about being in the present. This in its essence is what mindfulness is all about. I’ll give you an example, earlier this year I was leaving work with a colleague and my mind was thinking “I need to stop at the shops on the way home, grab something for dinner, what do I fancy? Man I’m tired, something easy for dinner then, I hope the traffic is ok….maybe I’ll just head home and get take away…” and on it went. My colleague suddenly interrupted my stream of thoughts by exclaiming “wow! Look at that, it’s still light” and as I look over she is standing looking up at the sky, arms open, a big smile on her face. I was jolted back to the present and suddenly realised she was right, it wasn’t dark, spring was coming! Now, I had not noticed this at all because where was my mind? That’s right, in the future, missing this small moment of happiness (and it did make me happy because I hate the winter!).

“Mindfulness means paying attention in a particular way: on purpose, in the present moment, and non-judgmentally” (Kabat-Zinn, 1994). So, it is a way of becoming more aware of where your mind is, noticing when it has wandered away from the present and bringing it back to where you want your mind to be. This could be anything; your cup of tea, the washing up, the report you are writing, the traffic, the conversation you are having or organising your finances, anything you are choosing to do in that given moment.

In the previous series, Nicole likens the mind to a puppy; with mindfulness, we are aiming not to prevent the puppy from wandering, but to first notice where the puppy has wandered and gently bring it back to where you want it to be.  In other words, you are training your puppy (in this case your minds), it is like mental training (Williams & Penman, 2011).  To take this a step further, in training your puppy, you wouldn’t tell it off/shout at it or drag it back to you would you? I hope not! No, you would instruct it gently, that you want it to be paying attention to something else and you would refocus it. Over time, this gets easier. However, on a busy day, in times of stress or excitement, just like a puppy finding something new to explore or play with, your mind will become harder to control again and you may not notice that it has wandered. Additionally, your mind might wander off many times. The aim of mindfulness is to notice each time it has wandered and gently bring it back.

With mindfulness, we are noticing things as they are, not how we want them to be (Williams, Teasdale, Segal & Kabat-Zinn, 2007). We are not attempting to change anything, with mindfulness, we accept things as they are. People often ask me why this is helpful, that their present moment is awful, so why would I not want to change it? Good question, Ill get back to this one in the next blog when I talk more about the benefits of mindfulness.